Looks like the Blossick, Brickercup, Butchercup, Blossutch, Brickubbles, and Butchubbles shippers will be out for my blood when I say this. Apparently, having Brick and Butch as a couple has seriously grown on me, as Brickutch has gone from being a guilty pleasure pairing to borderline OTP. And why shouldn’t it be my borderline OTP?

In my opinion, and as I stated before, even though they are brothers they have this closeness which is akin to a chemical attraction. They feed off of each other’s impulses and the will to become stronger as a fighter and as a person in a way that one cannot exist without the other. Therefore, the plausibility of them becoming a couple is rather high, even though titillation can be present because of how cute, hot, and sexy this pairing seems.

So, yeah, Brickutch for the win, at least in my opinion. Like I said, I know everyone is not going to like this couple because they are in fact brothers, but still. The bond is so strong between my two favorite hotheads.

Brick and Butch of the Rowdyruff Boys from the Powerpuff Girls belong to Craig McCracken and Cartoon Network. 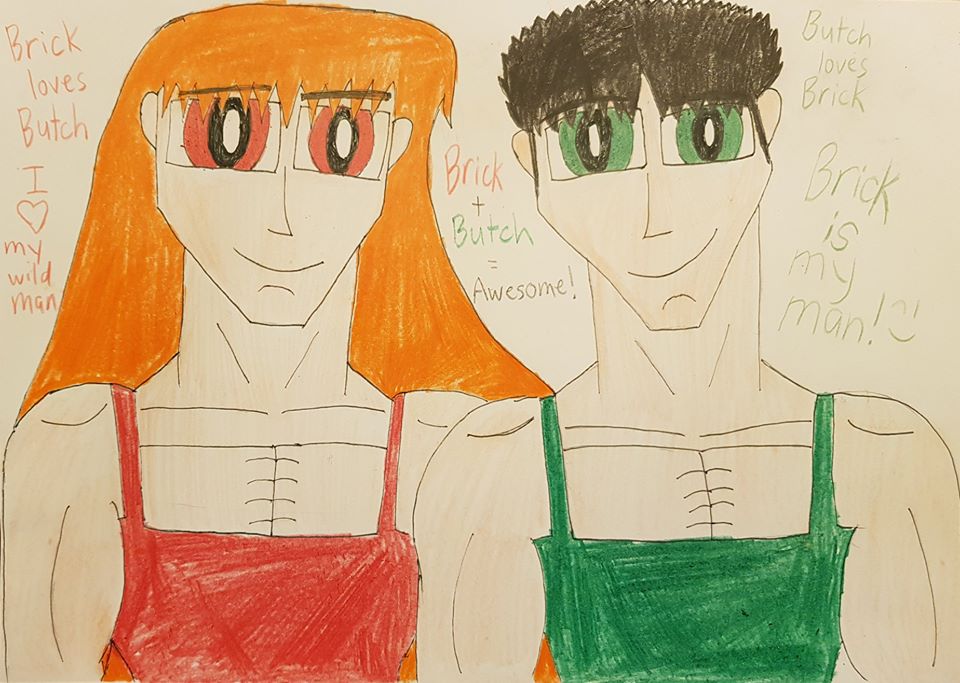