Hey, everybody, Antoni here. Well, yesterday’s and today’s weather have been rather harsh. Once again my attempt to see Verdi’s Don Carlo starring Jamie Barton as Eboli at the Deutsche Oper Berlin has been thwarted because of the insane rainstorm. However, I do think this next audiobook recommendation would suffice.

A few days ago, I stated I was going to take a look at Charlotte Church’s second autobiographical work, Keep Smiling, which was released on September 6, 2007, and written and narrated by Miss Church herself. I came across this audiobook by complete chance and heard a sample of it on Amazon.com. I was quite intrigued and as I logged on to Audible for my free trial, I downloaded the audiobook and I had a fine time listening to it.

What is so noticeable about Charlotte’s second autobiography is how much she has grown from her early teenage years to a young woman. Her delivery, in comparison to her first autobiography, is much drier, wittier in her own special way, humorous in an honest yet occasionally dark way, a lot more emotive, and she throws in a few swear words here and there. Charlotte still presents herself as down-to-earth, wise, authentic, and always knows that her family matters most. Despite everything that happened to her with the press hounding her on many occasions, she is still able to be herself, which is also the main message of this particular autobiography originally told to Charlotte by her grandfather. It does not matter how bad or insane things are, sometimes you just have to keep smiling and keep a positive attitude, and that’s something I got out of this piece of work.

Yes, Charlotte’s beginnings and development as a young prodigy have also been mentioned here, and this time she is a lot more detailed like all the marketing deals and contracts she, her family, lawyers, and managers went through, her falling out with Jonathan Shalit, which caused so much tension between him, Charlotte and her family to the point where Shalit filed a lawsuit for breach of contract, and the constant media attention. Being 21 back then, she also reflects on how she felt about her first few albums, the tours she made whilst being tutored for school, the dresses she had to wear for her concerts, her 2000 accomplishment of winning the Classical Brit awards, the celebrities she has met like Placido Domingo, who also stated to Charlotte that she sounded more like a mezzo than a soprano, how a good deal of her albums won a lot of praise in the States in comparison to Britain and of course her ever-broadening repertoire evidenced in her 2001 album, Enchantment, which she recorded in the United States.

This also showed how Charlotte bade farewell to classical singing, to Sony, and the image that defined her as she was no longer a little girl. Come early 2003, where she released the single Brave New World composed by Jurgen de Vries with Charlotte crediting herself as CMC and acted in a film with Craig Ferguson called I’ll Be There, which I have yet to watch, thus branching herself out two years later as a pop singer with the album Tissues and Issues, coined in after her falling out with then ex-boyfriend Steven Johnson, and the year after that where she hosted her own comedic talk show, The Charlotte Church Show, which in my opinion has slowly started to become a guilty pleasure because of that really catchy theme tune.

Just by listening to Charlotte candidly talk about how much the media has affected her and her family while she was still quite young, the phase she went through transitioning from a novelty act as a young girl to teen branching out to something not everyone saw kindly to, her emotional rollercoaster ride with her family and the press, her budding relationship with then ex-life partner, rugby player Gavin Henson, and her pregnancy at only 21 years of age, thus retiring from the partying, was rather enlightening. As much as the media has made her out to be a fallen angel, I highly disagree with them. Whilst I might not care too much about her pop career, though I have been warming up to it as the years went on, I should not forget that this was a transitional phase in Charlotte’s life not only as a performer but also as a person. She was trying to find herself, trying out new things in her life, all while staying strong and authentic, with a good head on her shoulders. That is something I have always loved about Charlotte Church. Despite her transition from classical to more modern music drawing in some controversy, she was still able to keep her love of music intact and nowadays she composes her own songs while combining a lot of the styles she sang in into one fine work.

As I stated before, this audiobook is a bit of a far cry from Voice of an Angel My Life (So Far), as there are also no musical cues and it is just Charlotte doing all the talking. She was essentially a young woman who has dealt with a lot growing up in the spotlight and it is clear in how she narrates. She does not sugar-coat anything as she talks about her time as a rebellious teen who has found herself smoking and partying, her tumultuous relationship with Steven Johnson, who did something rather tasteless to Charlotte, and the constant harassment from the press, thus affecting how her family life went.

There are some things that are kind of hard to listen and some people who grew up with Charlotte Church as a classical singer will be flabbergasted as to how she turned out, but as long as you keep an open mind, you will definitely get a kick out of this autobiography and maybe have some empathy as well. Whether you’re a fan of Charlotte Church or not, I still have to recommend this and Voice of an Angel My Life (So Far) because they show how she has grown and still kept that passion for music alive, something that has always defined her as a person every step of the way. With that said, I give Keep Smiling by Charlotte Church, 4 and a half interesting career transitions out of 5. People who mostly know Charlotte Church as a classical singer will get a better picture of who she is as a person who grew up in the spotlight and experiences from transitioning from angelic child star to a young woman who is not afraid to speak her mind.

There came a time where I kind of fell out of love with Charlotte Church because of the change she has made from singing classically to trying her luck at pop and having her own TV sketch show. However, I realized that those were transitional phases she went through as she did not want to be just remembered as the girl with the voice of an angel, she just wanted to be her own person. As I grew up, that’s sort of what I understood through and I respected her more as a genuine person.

This audiobook recommendation is also dedicated to Charlotte and her current partner, musician Jonathan Powell, who sadly lost their third child during a miscarriage. She announced her pregnancy last month, however, the delivery was not successful. With that said, Charlotte, Jonny, Ruby, and Dexter, I hope you stay strong as a family and I thank you so much from the bottom of my heart for your great musical talents.

Well, that’s all for now, I seriously hope to get to reviewing Mussorgsky’s Boris Godunov and Verdi’s Don Carlo with Jamie Barton as Eboli this coming Saturday and Sunday, but considering the rehearsals I’m going to be having for the next few days and weeks, I’m not entirely sure. Regardless, I hope you all have a great day. 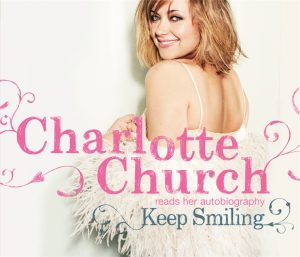