This was something I did back when I was a seventeen-year-old third-year high school student before I transitioned to senior year back in the spring of 2010. I did this as my final project in computer class, but when looking back at this, I realized I should have outlined, hence that’s why it appeared like this. Nowadays, I know better.

Okay, enough beating myself up about it let’s get on to the picture itself. As you can tell, I am not only a hardcore Inuyasha x Ayame shipper but I also ship Sesshoumaru and Kagome all the way. Even more so, I decided to bulk up both Sesshoumaru and Inuyasha to make them appear more warlike and badass.

There’s no doubt I love to ship Inuyasha and Ayame until the ends of the earth. They seem destined for each other. I also gave them their children, namely Kenta who is four and Keita who is three in this picture. I can envision Inuyasha as the manly, strict, brave, and tough dad and Ayame as the equally strong and loving mother. Moreover, I can see Inuyasha training his sons to be a great fighter like him.

So, yes, this was something I kind of enjoyed doing when I was in my teens and it still has some sentimentality behind it. 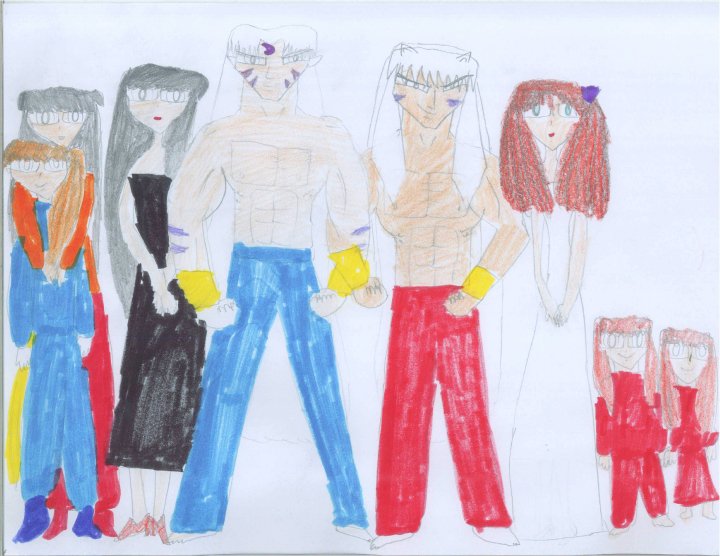